Sure, old-fashioned table numbers used by some event planners New York can get the attendees seated – but why be commonplace? Try these nifty, unique ideas for table numbers on your next event and thanks us later.

Hung Numbers from a Low Ceiling

In their exhibition, David Stark Design hung myriad Edison style light bulbs from a low ceiling to depict table numbers – and it was the bomb. Not only did they help guest locate their seats with much ease in a flurry of more than 400 seats, but they also made an obvious statement about the New York event planner.

Print Directly onto the Tablecloths

Here’s another witty idea that event planners New York can borrow from organizers of Santa Monica Museum of Art’s gala dinner.  With over 300 art patrons and artists scheduled to be seated, the organizers painted the table numbers onto the bright white paper tablecloths. They were unmistakable as well as sassy.

Mark Mason Jars (amongst other items) with table numbers

This country farm-to-table dinner idea can work like a charm on your next idea. At Lowline’s last year event, moss-filled jars served as table numbers. Well, it was quirky but exhilarating at the same time.

Use Painted Guitars, Violins or anything that’s conspicuous enough

The 7th annual Call of the Game dinner organizers did a bang-up job with their painted guitars that served as table numbers. They also doubled as centerpieces – the most sizzling while at that.

Debut by David Stark Design, a New York event planner, for a graffiti theme bar mitzvah held at Center548, the spray-painted cans with table numbers took the event by storm.

Carve the Numbers Out of Old Books

This idea is a brainchild of AaB Creates. At a wedding held at Altman Building back in 2012, the event planners New York used X-Acto knives to carve table numbers out of the books’ pages. It was quite a sight.

Use Large Graphics Attached to the Table

NDA event at the Cooper-Hewitt Design Museum in 2011 was a show-stealer thanks to the large graphic table numbers that also added a little flair of sass and style to the décor.

Draw Out the Numbers with 3M Fluorescent Tape

It’s a David Stark idea once again! In the National Design Awards Gala Dinner in 2011, the event planner New York used plenty of this tape for both décor and displaying huge table numbers.

These are just but a few unique ideas for table numbers. You can always try messing around with conventional numbering – how does using important years in the company sound?

Again, normal table numbers will get your guests to their seats, to be amongst the best event planner New York you have to be creative in the way you express yourself. Show your personality with imaginative table names and if your client is up for it, make the table numbers so extravagant that it becomes the centerpiece. Always incorporate the table numbers with the event’s theme and remember that just because they’re called “table numbers,” they don’t ACTUALLY have to be numbers. 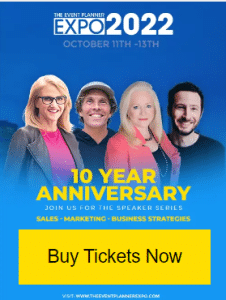 No comments to show.

Submit your question and an event specialist will get back to you within 24 hours.